The King of Pop is Dead. I don’t know of anybody that is really surprised. Think of any other celebrity (except Amy Winehouse) and you’d at least register a blip on the emotional surprise meter. Not here.

Jackson was talented. He was also, obviously a tortured soul, regardless of the reason. From my experience in show business, being a child star is a tough road to travel. Being a child star in what has widely been reported as a dysfunctional family, then add all the pressures of superstardom, and throw in a bizarre addiction to plastic surgery, and you have formula for an unhappy life and a premature death. END_OF_DOCUMENT_TOKEN_TO_BE_REPLACED

I never met her. Although, my family has some close friends that lived next door to her, when she was growing up in Houston. They said they could get her autograph for me. I laughed…it was during her reign on Charlies’ Angels, and I could have cared less about an autograph.

What I wanted was a date.

She was out of my league. Okay…waaaaaaaaay out of my league. At the time, she was already an item with Lee “The Six Million Dollar Man” Majors, and she was 10 years older than I was. None of that stopped me, and thousands of other guys just like me, from wishing we had a shot with Farrah. END_OF_DOCUMENT_TOKEN_TO_BE_REPLACED

I’m still finding out cool stuff about my new iPhone. This morning, I discovered that the alarms are REALLY LOUD. I mean REALLY loud. Especially when compared with my former phone, the Wagon Queen Family Truckster (a.k.a. Windoze Mobile Sprint/HTC Mogul).

Even better, no more special adapter just to use headphones. Of course, the earbuds that come with the iPhone work…but they aren’t noise-cancelling, nor do they fit in my ears well enough to really generate the best sound, say, when I’m in a car. With the top down. And doors off. Nope. I need to score myself some noise-cancelling earbuds with built-in mic, preferably ones that block wind noise on the mic side. END_OF_DOCUMENT_TOKEN_TO_BE_REPLACED

Pause with me for a nanosecond, whilst I let that sink in.

In one fell swoop, I can retire my Wagon Queen Family Truckster® (a.k.a.: “Windows Mobile/Sprint HTC Mogul”) crapalicious excuse for a cell phone. Being a card-carrying propellerhead, I’m still in the process of exploring what all my new phone can do (i.e.: jacking with all the configuration options, configuring ringtones, et cetera). It may be a couple of days before I’m ready to stop jacking with it, and allowing it to become the business tool I need. But I’ll enjoy working on it in the meantime. END_OF_DOCUMENT_TOKEN_TO_BE_REPLACED

If I were king of the world, morons that get their jollies by stealing passwords, infecting sites with malware, defacing sites, and any other kind of mischief, would get the death penalty. No appeals. No delays. We’d string ’em up, preferably in public, with mandatory coverage by the networks. (Obviously, the networks are acquainted with mandatory programming – they cover every Obama presser, so they shouldn’t have a problem with a sensational, money-maker like a public execution.)

About a week ago, a client notified me that there was a problem with one of the sites I host for them. I assumed – at first – that the malicious JavaScript code that had been added to their index page without permission was an isolated incident.

Unless you’ve been hiding under a rock, you might have heard about the current troubles of David Letterman, and his serial apologies he’s made regarding the “joke”(s) he told regarding Alaskan Governor Sarah Palin and her daughters. Last night, Letterman made yet again another attempt at contrition. Color me “unimpressed.” You see, when you apologize, there are a couple of things you must do – and at least one that you must not do:

When you offer an excuse, you’re essentially saying “what I did wasn’t that bad,” “it wasn’t really my fault,” or other weasel-words that attempt to deflect responsibility. END_OF_DOCUMENT_TOKEN_TO_BE_REPLACED

Something dawned on me the other day. I was talking with a friend last night and brought this up, and when I’d explained my point, he said that he’d never thought of things in that way before, and it was an idea that explained a lot. Now I’d like to share it with you.

Few people are alive today that are old enough to remember what life was like in America before Progressivism changed our country, and therefore it’s difficult to appreciate the difference in the way things were before, say 1920, and now.

Think about that for a minute. I was born in the late 50s, and grew up in the 60s and 70s. I have never known a time when Senators were appointed by State legislatures. I’ve never known a time without the IRS. As long as I’ve been politically aware, we’ve had Medicare, Medicaid, Social Security, et cetera. In short, every year I’ve lived on this Earth, the United States has existed under a Federal government that is perceived as all-powerful, with the perception that the States report to/work for the Feds, and the people essentially work for the government. 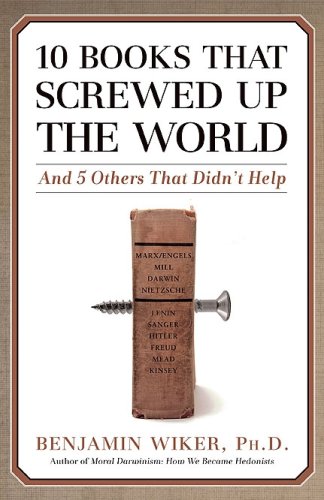 If you’re a Glenn Beck listener (and if you’re not, you should be) he’s identified the Progressive Movement of the early 20th Century as the point at which politicians began remaking our government and diverting it away from our core Constitutional principles (essentially, the smallest government possible to do the job) to one that features Big Government, Big Taxes, and a trend towards treating the Constitution as a quaint document that really has little bearing on life today. END_OF_DOCUMENT_TOKEN_TO_BE_REPLACED

The (only) funny thing about the jokes made by David Letterman at the expense of Governor Sarah Palin is that they make laughable the claims of those on the left, that the media – both the news media and the entertainment business – is unbiased. Imagine the outcry if, say some “comedian” made some similarly tasteless remark about one of Obama’s daughters. I don’t think anybody on the right would be laughing. And I know the reaction of those on the left – outrage, anger, and a call for the guilty party to be imprisoned or shot.

That’s the way life goes in the ObamaNation. Understand, I’m NOT blaming Obama for Letterman’s behavior. (He has plenty to atone for on his own.) Sarah Palin is a public figure. While I believe the “jokes” Letterman regaled his audience with were disgusting, Gov. Palin is well able to defend herself. Her daughter, however, is NOT a public figure, nor should she be subjected to the kind of vile crap that Letterman spews. END_OF_DOCUMENT_TOKEN_TO_BE_REPLACED

I’ve been eagerly awaiting the release of the iPhone 3GS for some time now, and I’ve been keeping up with the fanboy and rumor sites, trying to gleen any crumb of info to help make the wait bearable. After yesterday’s announcement, I’m still eagerly awaiting the ship date (and plan to buy one that day), but I can’t help but wonder what happened to some of the rumored features, specifically: END_OF_DOCUMENT_TOKEN_TO_BE_REPLACED