A couple of quick observations…

…courtesy of my liberal arts (i.e.: lack of science) education…

IDEA #1. Back in the days before central air conditioning and refrigeration made it possible to live comfortably through summers in the South, one enterprising entrepreneur floated a huge iceberg from the northern Atlantic down to the Gulf of Mexico. The purpose? Provide inexpensive ice for evaporative coolers, which at the time were the only way to cool a room. He made a fortune.

I understand from the sound-byte journalism on TV that the reason that tropical storms that cross into the Gulf become hurricanes is due to the warm waters in the Gulf. (It’s why the eco-Nazis try to convince us all that hurricanes are a lot worse due to ‘global warming.’) END_OF_DOCUMENT_TOKEN_TO_BE_REPLACED

Wow. When McCain sewed up the GOP nomination, I was resigned to hoping that he’d make a really great VP pick – somebody who would embody REAL Conservative values and principles. Sadly, none of the frontrunners really rang my bell. Jindal refused to be considered. Thompson wasn’t even in the running. Romney looked like a lock, but lost a lot of cred in the primaries, with unexplained “changes of heart” on core-values issues.

Then McCain surprised us all. END_OF_DOCUMENT_TOKEN_TO_BE_REPLACED

I just watched Hillary’s big speech at the DNC convention.

The best part of it was the anecdote about Harriet Tubman and the “Keep Going” phrase. Otherwise, it was straight Democrat talking points. The speech was interesting, however, but not for what Hill said – but for what she didn’t say. Hillary didn’t say “Obama will make a great president.” She didn’t give her endorsement of his ethics, his personality, or his perceived ability to get the job done. Essentially, she said what she had to say, in order to look gracious. She said everything she had to, in order to have plausible deniablity to those who would insist that she is scuttling Obama’s candidacy. In short, she went just far enough to “do the right thing,” but not one step farther. Not that I blame her. Her appearance was as much like a triumphant general returning home after a long campaign, as it was like a second-place finisher taking her consolation lap. Now it’s up to Joe Biden. If he doesn’t kill as a speaker, people are going to be wondering, “why wasn’t Hillary chosen as Veep.” Now of course, we know why – she’s got more baggage than a debutante on a sea cruise, and that’s not even counting the built-in scandal machine that is her husband, the former Bubba-in-Chief. END_OF_DOCUMENT_TOKEN_TO_BE_REPLACED

Today is my anniversary. Lucky 13, to be precise. Mrs. Digital and I will be celebrating this evening, with a (hopefully) quiet, intimate dinner. Not much more to say about this anniversary (after all, it’s 7 in the ahem…it hasn’t even gotten started. However, I’d be remiss if I didn’t share with you something that happened almost ten years ago, regarding our anniversary… END_OF_DOCUMENT_TOKEN_TO_BE_REPLACED Recently, I’ve gotten restless, and I’ve decided to begin playing music professionally again. Trouble is, I don’t have a lot of contacts here in Amarillo. So I’ve decided to apply the same techniques I recommend to my marketing clients to my own situation. That means I’ve got to find ways to get myself noticed around town. What you see at the left here is a poster I whipped up in an hour or so this evening. I’ve secured a one-night gig – kind of a “let’s see if this works” kind of thing. Obviously, I’d like this to turn into a regular gig. So I’m doing everything I know how to do to make that happen. First, we’ll start with promotions. I’m going to print several of these posters and give them to Pizza Hut. I figure that the combination of a nice-looking poster along with taking the initiative to promote my appearance there will go a long way towards helping them see the possibilities. It won’t cost me much to do it, and it will help serve my larger goal of getting my name out there as a musician in Amarillo. With only two days before the gig, I don’t have much time to self-promote, but I figure that anything I can do is better than sitting around and waiting for something good to happen. END_OF_DOCUMENT_TOKEN_TO_BE_REPLACED 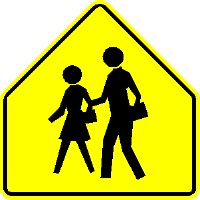 Tomorrow is the first day of school for thousands of kids across Amarillo, my daughter included. While the exact day children go back to school may vary from district to district, there is one undeniable fact – the school year is longer than it was when I was a kid.

When I went to school (you know…back in the dark ages, when St. George slew the dragon…a time before cell phones, instant messaging, and satellite TV), school NEVER started before Labor Day, and never lasted beyond Memorial Day. Those two holidays were the bookends to the freedom days of my youth. Today, it is vastly different, with state legislatures regularly extending the required number of days in the school calendar every time they consider the matter. My question is “why”? END_OF_DOCUMENT_TOKEN_TO_BE_REPLACED

Although I won’t be doing a Tribute to Dean Martin anywhere in my two sets (as the post title might imply), I will be playing live at Pizza Hut on I-40 (on the east-bound service road, between Coulter and Bell) in Amarillo (Centrally Located Between Two Oceans!™), on Wednesday, August 27th, from 10 PM to midnight. If you’re in Amarillo, I’d appreciate it if you’d stop by. Hopefully, this will be the first of many bookings in the Panhandle area.

So after all the hype, all the speculation, and all the waiting, Biden’s the guy. Most of the pundits are asking the question “What does Biden bring to the ticket.” While that’s a question that certainly bears asking, I’d much rather go the other way, and ask “what does Biden take away from the Dem’s chances in November?” Fortunately, Biden is a known quantity – after all he was a candidate for President twice on his own – most recently this year.

In no particular order: END_OF_DOCUMENT_TOKEN_TO_BE_REPLACED

As I’ve mentioned here before, I’m working on something that I’m pretty excited about. I still can’t say too much about it (I’m in the midst of submitting patent and trademark applications) but I can tease you a little bit with the name of the company. What I’d like to get is some feedback, particularly if you’re a musician (especially a fretted instrument player). In particular, I’m looking for information from individuals suffering from G.A.S. – Guitar Acquisition Syndrome.

The name of the company is GuitarFurniture, and you can visit our “coming soon” website at guitarfurniture.com. Without giving away too much, we’re going to be building fine furniture for your guitar. Our theory is that if you’re gonna spend $3,000 and up on a guitar, you’d be inclined to spend a little more to get a really great guitar stand for your instrument, instead of one of the typically cheap stands sold at most music stores. END_OF_DOCUMENT_TOKEN_TO_BE_REPLACED