Well, we (my 14-year-old daughter) and I just got back from Lake Charles, LA, where she competed in the Louisiana State Social Studies Fair. Well, “competed” isn’t exactly the right word. She entered. She did her best. She excelled. And she did not win. But for her to have “competed” would have required that they actually stage a competition, which, sadly, they did not. What they did do bears some explanation – and analysis. END_OF_DOCUMENT_TOKEN_TO_BE_REPLACED

I’m sitting in a nice little mom & pop coffee shop in the historic district of Lake Charles, LA, as I write this. I’m waiting on the judges to adjudicate the Louisiana Social Studies Fair state finals, where my daughter is competing with her project (The Birth of Jazz) for a prize. (Fingers crossed!) On the obligatory flat screen Gigundo-Vision TV that provides background noise to keep you from enjoying the peace and quiet of an otherwise cozy bistro, CNBC is all a-twitter about an investigation into alleged bribes paid by Walmart to the government of Mexico. But like with virtually every other story that involved a U.S.-based corporation in the news is that there’s more to this story – and less – than meets the eye.  END_OF_DOCUMENT_TOKEN_TO_BE_REPLACED

If I’ve heard that once, I’ve heard it a thousand times. And there’s no single – or right – answer to the question. Not trying to be difficult. I just really can’t tell you, because I don’t know. In this, I’m not alone. Most creative people have the same dilemma. But I divide ideas into two categories in my own work – revolutionary and evolutionary. I’ll use a recent project to explain what I mean.  END_OF_DOCUMENT_TOKEN_TO_BE_REPLACED

I have a friend who’s had to change her name (and profile) on Facebook. She’s a Facebook friend. I’ve never met her, but from what she’s written, I admire her and enjoy reading her posts. If you read her stuff, you’d probably think of her in terms like “outspoken,” “Conservative,” “straightforward,” “no-nonsense” and “frank.” She doesn’t shilly-shally around. She speaks her mind. You can agree with her or disagree, but she has an opinion, and a right to express it. That’s one of the fundamental freedoms in America. Facebook has emerged as a kind of world-wide public town square, providing an e-Soapbox, enabling anybody who wants to share their views, to do so on a global stage. But the dark, ugly underbelly of Facebook is that they do nothing to prevent people who do not appreciate others’ opinions from making threats – even death threats – and frankly scaring the crap out of those who are just trying to express themselves online. That’s wrong. And it’s completely hypocritical, because it would seem that in the world of Facebook, there’s “bad” hate speech, and there’s hate speech that’s perfectly acceptable. Determining which is which evidently depends on which side of the political spectrum you occupy. END_OF_DOCUMENT_TOKEN_TO_BE_REPLACED 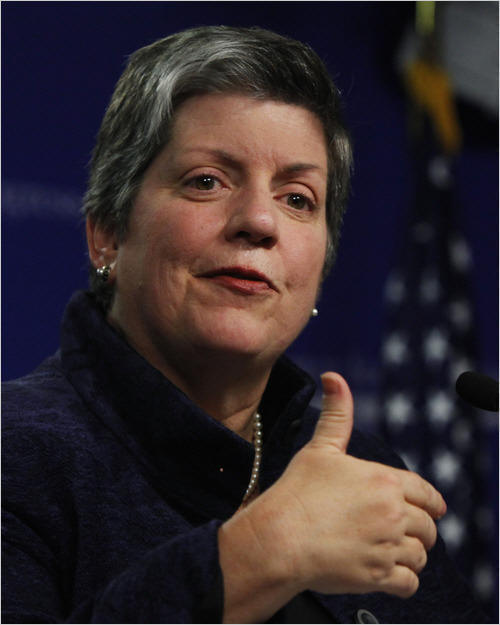 Those have GOT to be the nine scariest words in the English language. I don’t know about you, but the less the government helps me, the happier I am. Why? because all that “free help” is never free. There’s a huge difference between “freedom” and “free.” With “Freedom,” I’m free to succeed – or fail. I’m free to decide what’s best for me. And I’m free to make smart choices or dumb ones. But the government is about to change all that. Welcome to the world Aldous Huxley envisioned in 1984 – only just shy of 30 years late.  END_OF_DOCUMENT_TOKEN_TO_BE_REPLACED

So I’m innocently blogging along over on Facebook (http://facebook.com/captaindigital and http://facebook.com/captaindigitalspeaks) when I happen to post a funny story I heard from a fellow Conservative. Six or so friends of generally right-leaning viewpoints thought it was a howl. But one, ultra-left wing person of my acquaintance unloaded on me like a B-17 Flying Fortress over Dresden – with about as much tact. He resorted to the typical Liberal tactics (name-calling, Judas-goats, hyperbole, and other assorted nonsense) and ranted about how Conservatives are all wingnuts and idiots. (Somebody get this guy a mirror. Please.) But it occurred to me that there’s a fundamental inequality here – Conservatives can find the humor in a Jon Stewart or Stephen Colbert (most of the time), even when they poke fun at Conservatives. But Liberals seem uniformly incapable of reciprocity. Why is that?  END_OF_DOCUMENT_TOKEN_TO_BE_REPLACED

Ever heard of CREDO Action? No? Well the group that brands themselves as “more than a network – a movement” is one of the tentacles of the George Soros Socialism Express. They’re dedicated to puttin’ the whoop on companies that support conservative causes. Of course, they’re not honest enough to tell you where their funding comes from, nor are they above playing fast and loose with the truth. They’re far more interested in results than little inconvenient truths like honesty and reason. They are very good at what they do. And they’ve now turned their attention to another group you’ve never heard of – ALEC. And the results are not pretty. END_OF_DOCUMENT_TOKEN_TO_BE_REPLACED

After the dust-up from the Sunday, talking-heads news shows about Ann Romney, where Obamanista Hillary Rosen declared that Ann Romney was unfit to comment as a spokesperson for American women because “she never had a real job,” it would seem that the Right and the Left are falling into two camps: those that think that Motherhood IS a real job, and worthy of the same “real” status as any other, and those that feel as though you can’t be “fulfilled” or a “real woman” unless you have a day job in addition to raising kids. And Rosen’s statement seems to have lit a fuse on a powder keg. So that leaves the question hanging out there – is motherhood a real job?  END_OF_DOCUMENT_TOKEN_TO_BE_REPLACED

I’ve long been a fan of Bill Cosby. I don’t know if you’ve noticed, but he’s black, and I’m white. Funny, that – when someone is talented and funny, race makes no difference. I grew up in a household where our mindset was Talent Über Alles. And make no mistake, Bill Cosby is a talented guy. He’s also someone who’s ‘made it,’ in a time where there was a glass ceiling on TV and in the movies for black men. No matter. He’s so good that glass ceilings proved no match for him. (Even a mega-turkey like Leonard Number 6 couldn’t sink his career.) But Cosby the Comic, Cosby the Actor, Cosby the Pitchman – they are all to be admired. But what of Cosby the man himself? Like most of the rest of us, he has feet of clay. But for the most part, I’ve really admired him. But this week, he put a rather large ding in his coat of shining armor, at least as far as I’m concerned. He seems to think the Trayvon Martin incident happened because of our “gun culture.” Sorry Coz. You’re wrong.  END_OF_DOCUMENT_TOKEN_TO_BE_REPLACED

If you thought things were getting ugly in Florida over the Trayvon Martin shooting already, think again. CNN reports that special prosecutor Angela Corey has decided NOT to send the Zimmerman case to a Grand Jury. For those of you who fell asleep in civics class, a quick review: When someone is suspected of a crime, the police turn the evidence over to the District Attorney’s office. In cases where there’s a preponderance of evidence, they can file charges, or they can send the case to a Grand Jury for them to decide. The Grand Jury then reviews the evidence to see if they believe there’s enough to charge the suspect with a crime and bind them over for trial. In high-profile cases, or in situations where the local authorities are suspected of favoring one side over another, the case may get kicked upstairs to a special prosecutor, who takes a presumably unbiased look at the evidence to determine if the case merits prosecution. If the prosecutor decides that the evidence would not lead to a conviction, they drop it. And that’s usually the end of the story, unless new witnesses, evidence, or other details emerge. Only in this case, I really doubt this will be the end of it.  Technically, a special prosecutor can file charges without a Grand Jury. And Corey says “the investigation is continuing.” This can mean but two things: either she already knows if they should/will prosecute, and she’s willing to take responsibility for that decision on her own, without empaneling a Grand Jury. Good for her.  END_OF_DOCUMENT_TOKEN_TO_BE_REPLACED