Today was an historic day. Samuel Alito was confirmed by the Senate (and immediately sworn-in, I suspect so that Messrs. Kennedy and Kerry couldn’t rally the troops to somehow rescind the approval). I predict that this event will go down in history as the day that the Supreme Court began an inexorable swing back to the right, and traditional values of God and Country.

For the last fifty years or so, the court has moved more and more to the left. Even the man I credit as our greatest president, Ronald Regan had little luck in swinging the court to the right – his pick, retiring Justice Sandra Day O’Connor, became the court’s most famous mugwump (look it up). President Regan called her “my biggest mistake.” I can’t disagree. Thanks to her waffling, she became known as a “swing vote,” a clever liberal turn of phrase that essential means “conservative turncoat.” Today, a solidly conservative judge has taken her place, and President Bush has promised that, should another opening come along, he’ll again nominate someone cut from the same bolt of good conservative cloth as is Chief Justice Roberts, and Justices Alito, Thomas, and Scalia.

END_OF_DOCUMENT_TOKEN_TO_BE_REPLACED

Read something this morning in what passes for a newspaper these days. The writer opined that “nude is the new black.” For those of you (as I am) decidedly NOT a member of the fashion cognoscenti, allow me to decode that statement. What they meant to say was “a particular color – in this case ‘nude’ (whatever that is) – will be this year’s favorite color with fashion designers.” What they really mean is “the fashion industry wants you to throw out everything in your closet that they told you was ‘hip’ last year, and buy all new stuff in the new ‘hot’ color.”

Pardon my whilst I laugh my lower posterior region off.

END_OF_DOCUMENT_TOKEN_TO_BE_REPLACED 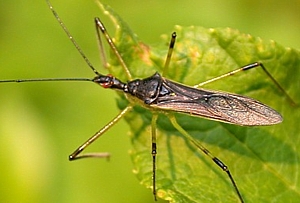 I’m working on a BIG project in Flash right now. Flash used to be this really simple little animation program. Not any more. It now has a full-blown, object-oriented programming language (ActionScript) that is based on JavaScript. I’m trying to bend some code to my will. So far, the code is winning. It’s not a pretty sight. I am reminded of what some incredibly perceptive individual once said:

If debugging is the act of removing bugs from software, then programming must be the act of putting bugs into the code.”

My second thought for the day is:

If architects designed buildings the way programmers design code, the first termite to come along would end civilization as we know it.

And now…back to the salt mines.

I just finished reading an opinion piece on Wired News, entitled Jobs vs. Gates: Who’s the Star? It was…interesting. Before we begin our little discourse, a few disclaimers are in order: I’m not a “Windows” guy. I’m not a “Mac” guy. (I think both platforms are equally annoying.) My ideal computer would look, feel, and work far different from either of them. (And not any closer to Linux, thank you very much.) I own no stock in Microsoft, Apple, or Pixar. I have met Mr. Bill (once, a long time ago) but we never really spoke. I’ve not met Jobs. I’ve owned both Macs and PCs. In short, I’m about as platform-neutral and unbiased an observer as you could hope for.

I should also reveal that I consider myself to be a Christian (Episcopalian, if you must know), a church-goer (to a non-denominational church in Amarillo), a Conservative, a Capitalist (with a capital “C”), and a big fan of Ayn Rand’s philosophy (except as it applies to religion).

END_OF_DOCUMENT_TOKEN_TO_BE_REPLACED

Carpet. What a weird invention. Now take rugs…rugs I understand. Anyone with hardwood floors and freezing weather can instantly see the value of a good area rug. But carpet? Come on…if ever there was an invention where the inventor deserved to burn in Hell for all time, it’s carpet. Allow me to explain…

Carpet is basically a wall-to-wall rug, right? I mean, if a rug covers up part of your floor, why not cover up all of your floor, huh? I’ll tell you why, bunkie. It’s because you can’t roll up a carpet and haul it out of the house to get all the dust, dirt, bugs, and other assorted crap out of it. THAT’S why.

END_OF_DOCUMENT_TOKEN_TO_BE_REPLACED

I’d love to know who first said that. Looked around Google and a couple of other places. Couldn’t find it. Oh well.

I was checking the news this morning, and came across a couple of items:

Let’s think about this for a second. The West Wing was, at one time, an interesting show, but had long since "jumped the shark." I think that happened with Martin Sheen & Co. said "the Hell with doing a drama…now that we’ve got an audience, let’s push our liberal agenda message!"

END_OF_DOCUMENT_TOKEN_TO_BE_REPLACED

I’m supposed to be writing about marketing today, so here goes…

I’ve got this great Aggie joke, see, but it’s hard to tell. You have to help me out. I’m going to write it out in dialog, but you have to understand some writing conventions to “get” the joke. The important one is this. If you have two people talking, when one character stops in mid-word and the other starts immediately below that, you have to imagine that the second person is cutting off the first. Okay. Here goes…

END_OF_DOCUMENT_TOKEN_TO_BE_REPLACED

There’s a lot of things I find funny that other people don’t. I have, admittedly, a somewhat warped sense of humor. One thing I find funny are jokes that make you think. For instance, my favorite PETA-hater joke:

"A baby seal walks into a club…

Anyway…someone reminded me of this one. It’s a visual joke, so you’ll just have to see it. Scroll down to see the card, then click on it to turn it over.

I love jokes. And I thank God for blonde jokes…for you can repurpose almost any ethnic joke that picks on someone for being dense, make the subject “blonde” and, voilà! – it’s no longer politically incorrect.

Of course, in Texas, we have Aggie Jokes. (If you’re not from here, you won’t get it.)

While I have my own favorites, here is a link to one that is arguably the best blonde joke ever.

Ignorance and stupidity are in, evidently, limitless supply, on both sides of the political spectrum. What seems to be a precious commodity, however, are accountability and perspective. Allow me to illustrate. END_OF_DOCUMENT_TOKEN_TO_BE_REPLACED