You are here: Home / common sense / State of the (Dis)Union. 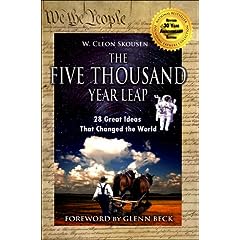 When Iwas a kid, my friends and I used to play a game called “King of the World.” We’d speculate on all the grand things we’d do or change, if we had absolute power. Who’da thunk it, that we’d elect somebody who’s Hell-bent on playing the same game as a grown-up? If you’re like me, you’ve figured out by now that the Federal government is waaaaaaaaaaaaay out of control. I just finished reading The Five Thousand Year Leap, and I gotta say it was more than eye-opening. Shocking. Inspiring. Disturbing. Motivating. All at the same time. Quite an accomplishment for one book. It got me to thinking, how do we get our country to move away from Socialism, and back to the founding principles that made our country great? If you’re a frequent reader of this blog, you might suspect that I have an idea. And you’d be right.

Here’s the deal…I don’t think there’s any way we’re going to be able to realistically expect Congress to limit their own power, return to the model of a limited Federal government, and stop this slalom to Socialism we’re on. Electing fresh faces would help, but inertia is by definition, hard to overcome. Ideally, electing a bunch of Independents might work, but the numbers – and history – is against us. When push comes to shove, most people vote Democrat or Republican, blissfully ignorant that they are really two sides of the same, corrupt coin. So what are we to do?

We need a grass-roots movement to take the power back from Congress and put it where it belongs – with We the People. So here’s what I have in mind…

Did you know that if 2/3rds of the states agree, we can call a Constitutional Convention to propose Amendments, and that if 3/4ths of the states ratify it, it becomes law? In other words, we can go over the heads of Congress.

We need to pass the following Amendments to the Constitution ASAP:

I’m sure I could think of more, but if we were to pass all – or most – of these, I’m confident that it would instantly morph the Federal goverment into something much closer to what the Founding Fathers created than it is now. And that, gentle reader, would be a vast improvement over what we have now.